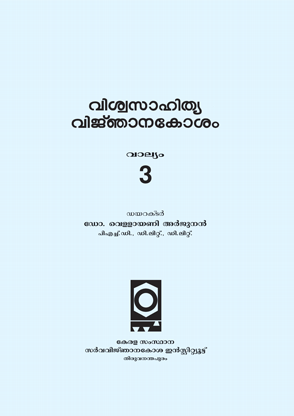 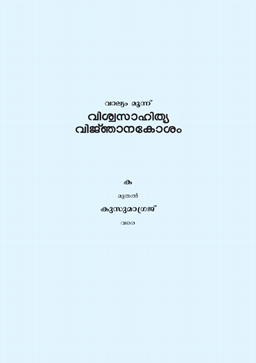 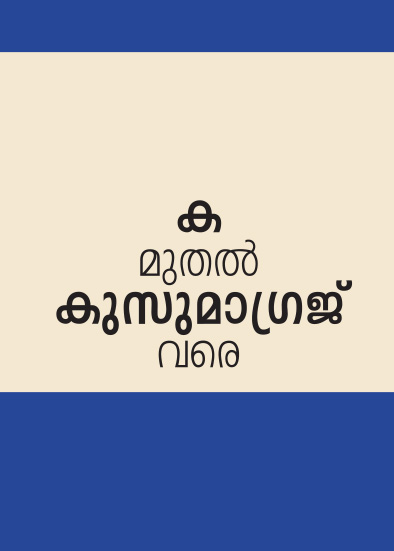 Viswasahithya Vijnanakosam has been designed in 10 volumes. Each volume is set to ¼ demy size. It contains around 900 pages.

This 10 volumes series contains morethan 30000 articles. These articles have been set forth according to the order of Malayalam alphabet, a practice followed in Sarvavijnanakosham. Writers are presented in it based on their literary fame. All the developed word languages and their literatures are entered in a summary manner. A brief rendering on the history and literature of each undeveloped language, is also included.

Every language is treated according to its origin, evolution, script and so on. Biographical notes on writers, description of their writings, photos, signature, pictures of memorials, photos of the first pages of the ancient writings, description on literary magazines on literary moments, on literary groups of writers, and so on appear in these volumes. Language makes are also given.

Topic related to Kerala have been given predominance, regarding the selection of titles, preparation of articles, and the length of the articles. Likewise Indian Literature is highlighted in the context of world literature.